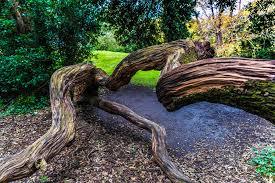 The First Three Work Together.

The Fourth Creates a Virtual Reality.

There are a number of definitions of mindfulness in use today that can be clarified for the uninformed or the novice to intermediate practitioner. One relates to “paying attention it in a particular way, on purpose, in the present moment nonjudgmentally (Kabat-Zinn, 1994). Another defines it as “a state of active, open attention on the present” (Psychology Today, 2016). Still another indicates that it’s “…a technique in which distracting thoughts and feelings are not ignored but are rather acknowledged and observed nonjudgmentally” (The Free Dictionary, 2016).

Among the many definitions of mindfulness, I like the definition provided by Gunaratana much better than most. He wrote, ”…there can be no precise answer, at least not in words. Words are devised by the symbolic levels of the mind, and they describe those realities with which symbolic thinking deals. Mindfulness is pre-symbolic. It is not shackled to symbols.” He goes on, “Mindfulness is a subtle process that you are using at this very moment. The fact that this process lies above and beyond words does not make it unreal-quite the reverse. Mindfulness is the reality that gives rise to words—the words that follow are simply pale shadows of reality.” (Gunaratana, 2002, p. 137).

I might add that mindfulness is “a process of continuing disinterest in concepts while continuing interest in the sense-perceptions (experience).” Awareness to consciousness that’s “…prior to the formation of concepts but after the activation of the sense receptors….” (Pashko, 2016).

The perceptual world exists even before we put words to it; for example, before a cup is named a “cup” it is something perceived by the visual and tactile senses. The words we add transform the world from what it is to what we think it is. Every thing we call a “cup” just bears some relationship to a mental reference standard we’ve created. That’s the “cup.” The physical object before us cannot be named. Kant’s (1724-1804) Critique of Pure Reasondelves into this well. Yet we mistakenly believe and act as if the concept is the thing itself. Here’s where Gunaratana’s definition of Mindfulness becomes so helpful. It points us back to perceptual experience before “what is” becomes distorted by concepts.

We transform the world through conceptualizing in order to think. And that’s the rub, isn’t it? What many think is true about the world isn’t necessarily so. Because we think using concepts we logically juggle an already distorted view of “what it is.” My new article characterizes these inaccurate transformations as responsible for poor decision-making, the mental rigidity that leads to a lack of creativity, the bias at the root of discrimination, and stress. This is how mindfulness performs its fundamental work; the distortions generated by conceptualizing are seen in relation to direct perceptual experience and then re-aligned. If you don’t believe concepts influence how you reflect upon and act in this world, here’s a link about the inappropriate grasping at concepts. It’s here at:

Before moving forward, the terms concept and percept must be clarified because many have mixed up their meanings. Let’s return them to their proper use and see what happens. The most maligned word is “perceive” and the words mistakenly substituted with it are “conceive” and “believe.” As an example, I have heard people say, “I perceive you’re unhappy.” Uggh. The speaker can believe that person is unhappy or form a concept (conceive) that the person is unhappy but he cannot perceive unhappiness. Perceiving is a near kin to sensing but a distant cousin to conceiving, the process of forming a concept. Perceptions cannot be put into language because they occur prior to concept formation…and all words are concepts. For example, no one can say his or her subjective experience of the color blue. Blueness is a percept that perceived. Lastly, believing, of course, simply means accepting something as true, whether it is or isn’t. There is no link between the use and meaning of the words believe and perceive.

Mindfulness isn’t particularly special. It involves paying attention to sensory perceptual experience but not to the concepts/ thoughts in the mind. That’s what people fear about it, too. Out of ignorance, not many trust a mind without thoughts. Yet, when you ask, most will agree that it’s the thoughts in their mind that cause them stress. Certain hobbies such as yoga, crochet, jogging, etc., are inherently stress reducing because they help us get out of our heads full of thought. Though it isn’t special, it’s difficult to be mindful most of the time because we assume that thoughts are the source of our intelligence. But, this isn’t true. Words and thoughts arise from the clear background of awareness. It’s that clear background that’s intelligent, not the words or thoughts. When you speak, you do not know the third word next to come out of your mouth. Yet out it comes, guided by the clear background of intellectual processing. Recognize this as the origin of creativity and clear decision-making. Recognize this as the origin of unbiased truth and the “location” of where stress is relieved.

Yet, holding fast to our mistaken belief that conceptual processing rules our intelligence, we’re reluctant to give up our thoughts and hold tight to their use. This is the clinging that seems to make mindfulness so difficult, keeps creativity at bay, and stress levels at their highest. Actually practicing mindfulness is the only way to achieve relief from the burden of ruminative thoughts, compelling as those may be. One cannot just understand that mindfulness helps return us to creativity, optimal decision-making, and a more stress free existence, to achieve these optimal conditions. These are only achieved by breaking the clinging through the practicing of mindfulness so an open mind can be re-established. The muscle of attention needs to be built up from having become flabby from luxuriating within a constant stream of distorted and unhelpful thoughts. Once the attentional muscle is strong enough, you can point it wherever you like, at a problem, at a lover, or at a grand scene in nature without restrictive thoughts obscuring the view…and wouldn’t it be great to live like that?

Lamenting his inability to understand a full half of himself, the Nobel Prize winning psychologist Daniel Kahneman complained, “Odd as it may seem, I am my remembering self, and the experiencing self, who does my living, is like a stranger to me” (Kahneman, 2012, p. 390). His (and our own) remembering self is the one tied up in concepts. Here we are children/ adults, teachers/ business people, weak/ strong, etc. These concepts are distorted through implications of changelessness. But change does certainly occur so they cannot be who we are, our identity. However, you can look in the mirror to “see” that thing that has always looked back since you were a child; the thing that has continuously been “with” you. This is your perceptual identity that does your living. It seems a stranger because it cannot be named. Although this never-changing part of ourselves, the percept of who we are, cannot be expressed by words and concepts, comprehension of it becomes perfectly clear through mindfulness practice. Then, we not only know ourselves fully, we live through this fundamental, authentic identity and live more harmoniously in the world we can better relate to. Feel free to join in.

Kabat-Zinn, J. (1994). Wherever You Go, There You Are: Mindfulness Meditation in Everyday Life. New York: Hyperion Books.